As we approach the darkest time of year in the UK, Vauxhall’s Brit-built Astra with IntelliLux LED Matrix headlights with adaptive, glare-free permanent high-beam lamps, could reduce your risk of an accident this winter.

According to Department for Transport statistics, there were over 900 accidents last year in darkness hours that involved carriage way hazards. Nearly 400 of these involved an animal in the carriage way and over 300 other objects.

Drivers who can see further and recognise dangers earlier will have a clear advantage. The adaptive LED matrix light in the all-new Astra enables driving with permanent high beam – without dazzling other road users. This allows carriage way hazards including people, other vehicles and animals to be noticed before they appear in the light cone of normal headlights. The intelligent lighting technology recognises oncoming or preceding traffic and simply fades them out.

“Last year there were over 900 reported night-time accidents in Great Britain in darkness hours that involved carriage way hazards,” said RAC spokesman Rod Dennis. “While this is nearly a nine per cent fall on 2010 figures, clearly a significant risk remains so technology such as Vauxhall’s new IntelliLux system that gives drivers more time to react is a major step forward. One and a half seconds, the extra reaction time these headlights allow, might not sound like a lot of time, but when travelling at speed it really could mean the difference between life and death.”

“Vauxhall has always strived to make technological innovations affordable and available, and

IntelliLux LED Matrix lighting is the latest example of this,” said Stuart Harris, Vauxhall’s Head of Carline Brand. “The Brit-built Astra is the first car in its class to get this technology that provides outstanding night time performance, enhancing safety for the driver and those around them.”

Consisting of 16 LED segments, eight on each side of the vehicle, the new matrix system switches the high beam on as soon as the vehicle exits an urban area and then automatically and constantly adapts both the length and shape of the light cone for every traffic situation.

Using input from the front-mounted camera to detect the light source from a vehicle approaching or immediately ahead, IntelliLux automatically deactivates individual LEDs in the relevant zone which could blind other drivers – a significant safety advantage.

Research conducted by the Darmstadt University of Technology, Germany and by the European LightSightSafety initiative also shows this. At speeds of 50mph, drivers with the full LED matrix systems see objects located at the side of the road 30 – 40m earlier than drivers in vehicles equipped with conventional halogen of xenon lights. That gives the driver an additional 1.5 seconds to react to carriage way hazards.

Not only do Astra drivers benefit from IntelliLux LED. When the camera detects light sources from oncoming or preceding traffic, individual LEDs in the relevant zone are deactivated, simply ‘cutting out’ the area around the vehicles. The rest of the road and its surroundings remain brightly illuminated.

Department for Transport statistics can be found here in full: 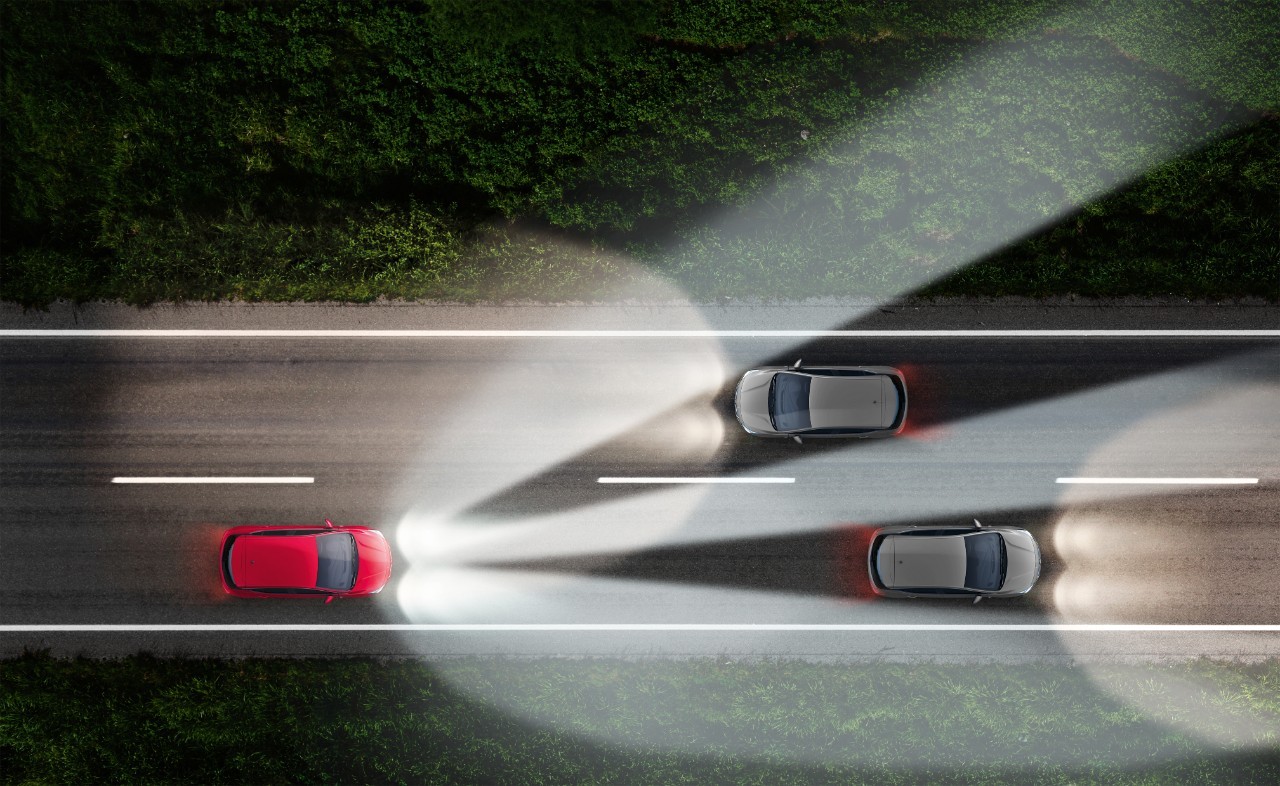