Motorists could face treacherous conditions on the roads as an Arctic blast hits the UK, with temperatures set to plummet to “as low as minus 10C overnight in isolated spots by the end of the week”.

The Met Office has issued a number of weather warnings for snow and ice for parts of Wales, Northern Ireland, Scotland and the east coast and south-west England over the coming days.

The forecaster extended Wednesday’s yellow weather warnings into Thursday and Friday, with ice in coastal and northern England, and both snow and ice expected in northern Scotland.

Some roads and railways are likely to be affected with longer journey times expected, it said.

Icy conditions may result in some slips and falls and there may be icy patches on untreated roads, pavements and cycle paths, it added.

The RAC motor services company also urged people to keep blankets in their vehicles in case they break down in icy conditions.

Met Office chief meteorologist Steve Willington said: “As an Arctic maritime airmass settles across the UK, temperatures will fall with widespread overnight frosts, severe in places, and daytime temperatures only a few degrees above freezing.

“However, the cold air from the Arctic will also bring brighter conditions, with some dry, sunny spells, particularly away from the coast and where winds are light it could feel pleasant in the sunshine. Some patchy freezing fog is also likely.

“Showers will turn more wintry with an increasing risk of snow as the week progresses, particularly in coastal areas or over higher ground.

“There will be widespread frosts with temperatures falling to as low as minus 10C overnight in isolated spots by the end of the week.”

RAC spokesman Rod Dennis said: “With temperatures plummeting this week, many drivers might be taken aback by the cold after an exceptionally mild autumn.

“Our advice is to be winter ready – check tyres are properly inflated and with good tread, while topping up oil, coolant and screen wash levels if needed.

“Drivers with older batteries in their cars might also wish to give their vehicle a 20-minute drive before colder conditions arrive to ensure the battery can cope with sub-zero temperatures.

“It’s also worth having a fully charged mobile phone and carrying a blanket in case of a breakdown to keep warm.”

A major incident was declared in Sheffield on Wednesday after about 2,000 homes in the suburb of Stannington were left without gas for five days, with overnight temperatures plummeting.

More than 100 engineers were working on the problem caused when a burst water main damaged a gas pipe on Friday, sending hundreds of thousands of litres of water into the gas network.

Nationally, Age UK advised people to maintain a supply of food and medicine to reduce the number of outdoor trips and torches with spare batteries in case of a power cut.

Homeless people in London will be sheltered after the severe weather emergency protocol was activated for the first time this winter to provide emergency accommodation for rough sleepers. 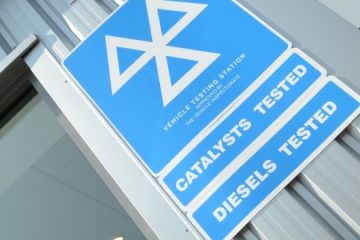