Vauxhall’s all-new Astra has claimed another accolade, with the Sports Tourer model being named as Best Estate Car at the 2016 Telegraph Cars Awards.

The award recognises the Astra Sports Tourer as the best estate car driven by the Telegraph’s experienced road test team in the last year, following extensive testing of all new cars on the market. Built at Ellesmere Port in the UK, the Sports Tourer model provides more internal storage than its predecessor, while maintaining the athletic exterior design of its hatchback equivalent.

Of the model, the judges said: “The new Astra is at its best in estate guise, which gives a useful boost in boot space to go with its other winning attributes.” Although it was not just the convenience that impressed, with the judges adding: “The engine range is one of the strongest out there, too.”

The range of fuel-efficient petrol and diesel powertrains on the new Astra Sports Tourer are smaller, more compact and lighter, while simultaneously being more powerful and frugal when compared to previous generations.

“The Astra has been very well-received and it’s great news that the new model has been recognised yet again, this time at the Telegraph Cars Awards,” said Rory Harvey, Vauxhall’s Chairman and Managing Director.

This year continues to be an extremely successful one for the Astra model, this week alone bringing two awards with today’s award joining the Auto Express Compact Family Car win. These awards join a list that includes being named European Car of the Year, a Family Car category win at the What Car? Awards, a Lower Medium category win at the Fleet News Awards and the Game-Changer award from Autocar. 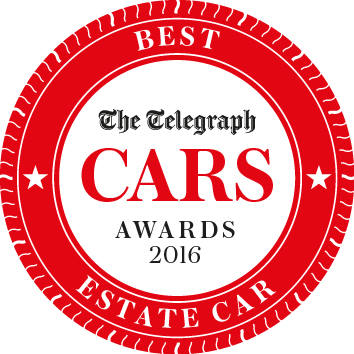