Why do people hate the police? There are hundreds of videos on the Internet that can provide a very vivid answer to that question, but at the end of the day, we don’t really hate it. We just don’t like it when somebody thinks they’re above the law, no matter who they are or if they are wearing a uniform or not.

We want police officers to be role models for the rest of the citizens – that’s the only way they can legitimize their status of law enforcers.

But they too are human, and sometimes they make mistakes. Some are more serious than the other, but whatever the case, here is where another aspect intervenes: the public wants to see the officers take responsibility for their actions. If the regular Joe has to abide by the law, so does the officer Joe. And the laws are the same for everyone.

That’s exactly what happened at West Pier in Scarborough, North Yorkshire, where a Police Car from South Yorkshire had overstayed in the parking lot beyond the ticket’s time limit. Graham Rhodes, an eyewitness, told The Mirror that he could see the warden thinking about what to do, unable to make a decision.

He went on to ticket two more cars before returning to the squad car and making a few phone calls. In the end, he placed the ticket on the car as the crowd that had gathered around in the meantime started to cheer.

“It felt like I was witnessing karma in action. It was a really odd situation where people weren’t sure whose side they were on,” Graham told the British publication. “I think people were just pleased to see that the rules were applied equally to the police as with anyone else. There was no bias. It was a strange atmosphere because normally people wouldn’t take a traffic warden’s side, but this time, they did.”

However, their joy was to be shortlived as the decision was later overruled. South Yorkshire Police claimed that emergency vehicles were allowed in the 118-space seafront car park, so there was no need for the officers to pay for their stay. Well, at least the traffic warden felt what it’s like to be loved not to be hated by the people for a few minutes. 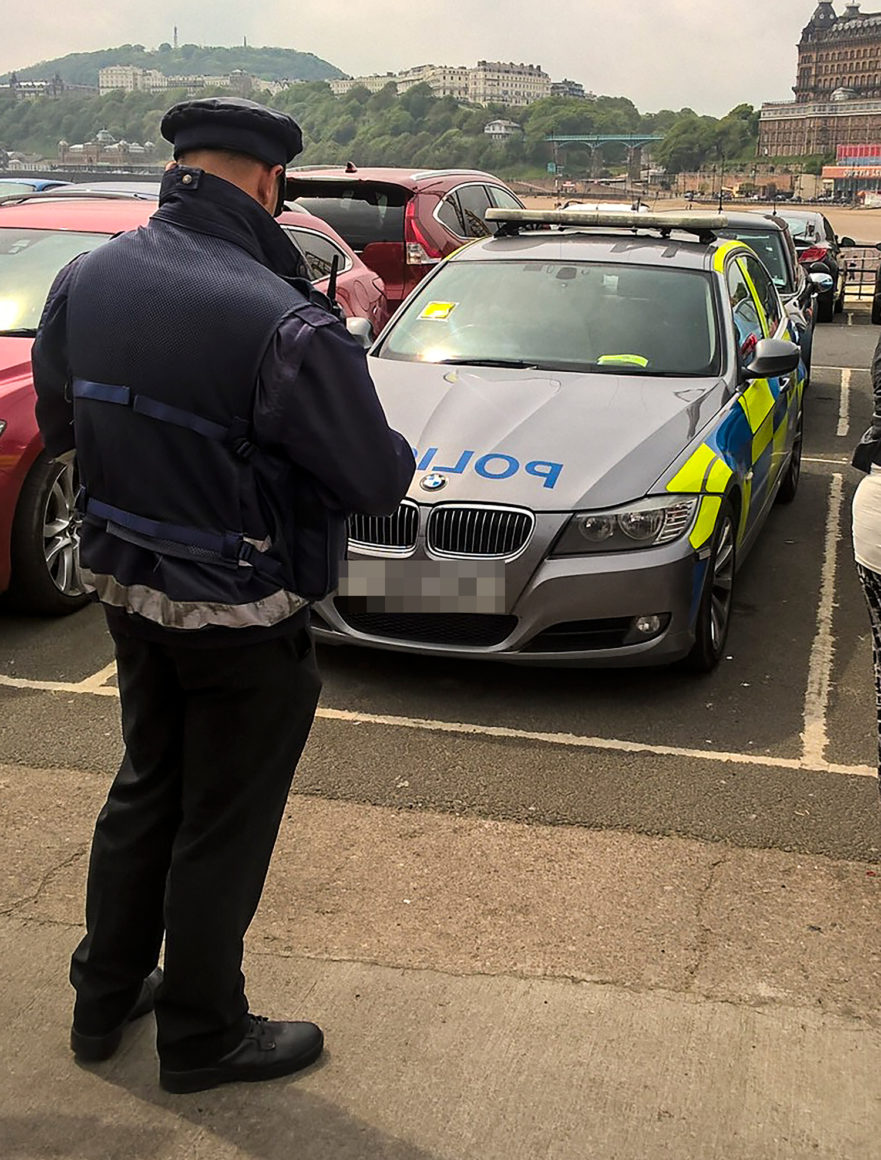