The new Top Gear will apparently take a Mustang for some drifting action on London’s Tower Bridge.

An official-looking letter coming from BBC to London’s residents has been forwarded to Jalopnik, informing them of traffic and pedestrian closures on Tower Bridge tomorrow.

That’s because they will shoot a scene with ‘an American Mustang’ driving at high speeds and performing slides on and around the bridge’s approach roads.

How British of them. The letter continues “Inevitably, in order to reach the required speed, there will be brief periods of loud engine noise. Much has been done to limit this as the vehicle will be routed as far away from residents as possible, and timings have been delayed to be as late as practically possible.”

The new Top Gear has already been captured filming Mustangs by a drone pilot last month and if this letter is indeed true, well, we are in for a big Mustang feature from the popular TV show. 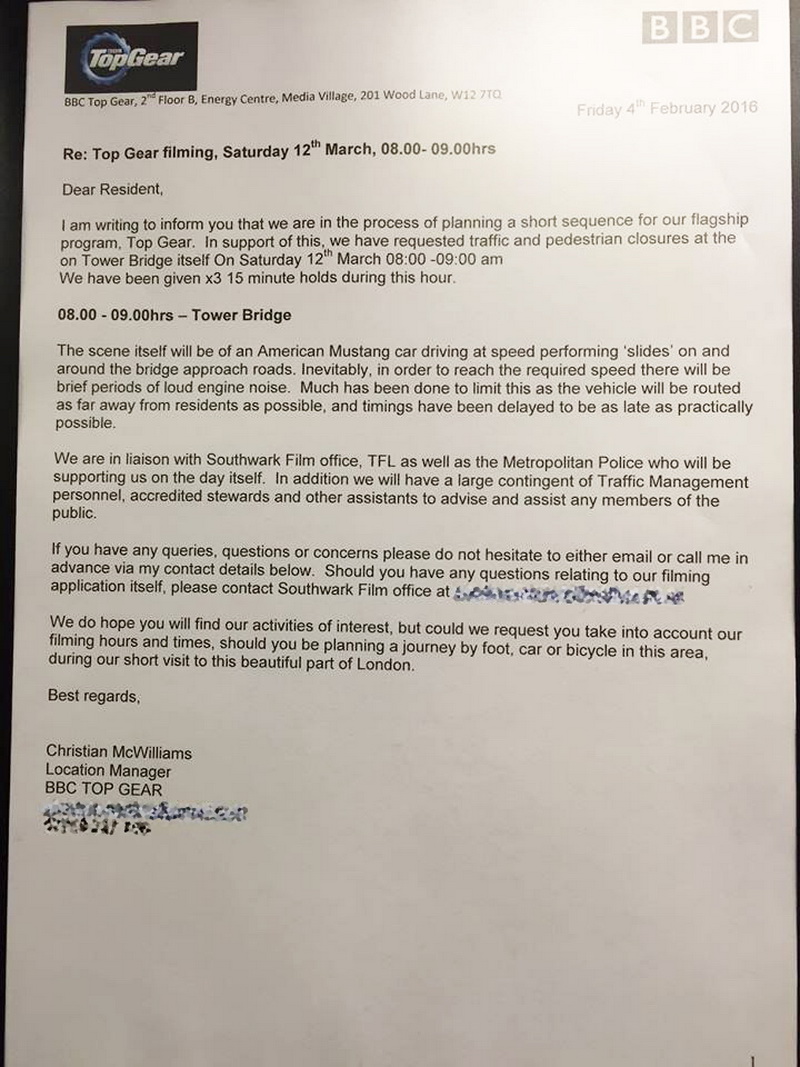