This year’s entry will mark the 40th anniversary of McRae starting his first ever Rally GB He will use this knowledge and experience to help both Ingram and Duggan on this year’s rally, taking place 27-30 October. While McRae will be very much focused on his own rally the former British Champion will be working closely with both drivers to help them with their preparations, as well as providing guidance during the event

McRae has a long history with Wales Rally GB in its various guises over his 40 year rally career. This year will see McRae tackle the event with co-driver Pauline Gullick in a Vauxhall Magnum similar to the one that he used on his first ever Rally GB 40 years ago.

Derek Wilson, Network Q operations director, commented: “We are delighted that Jimmy will be once again be representing Network Q on Wales Rally GB. It is an honour to have someone of Jimmy’s rallying pedigree as part of our team. Jimmy has a remarkable history of competing on this event and we felt that it would be very fitting to work with someone that could provide a mentoring role to our two talented young drivers. I am sure that Jimmy and Pauline will both offer Chris and Robert a great deal of help and advice that will benefit their preparation

Jimmy McRae, commented: “I started my first Rally GB 40 years ago in a Vauxhall Magnum, so to return in a similar car with the support of Network Q is going to be very special. As a former works Vauxhall driver, I have some great memories of driving for the brand on Wales Rally GB guises over the years.

Network Q will also provide a fleet of over 50 branded support vehicles for use by the organising team and officials at the event. 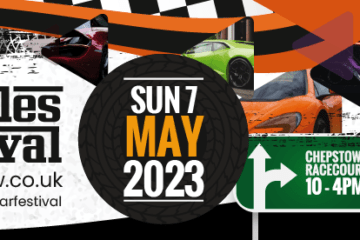