Remco M’s rendering also shows a subtle scuff plate adorning the front fascia. For the real-life model, it’s pretty certain it will also have underbody protection panels for added overlanding prowess. British company GKN will develop the all-wheel-drive system, which might not differ too much from the Grand Sport Twinster torque vectoring system.

GM has yet to detail exactly what sort of engines will be offered for the Insignia Grand Sport, but it’s very likely the Country Tourer will be provided with the best of the lot. Turbocharging, however, will be the building block for both petrol and diesel-powered units. An eight-speed automatic developed in-house by General Motors is the most likely candidate for shifting duty. 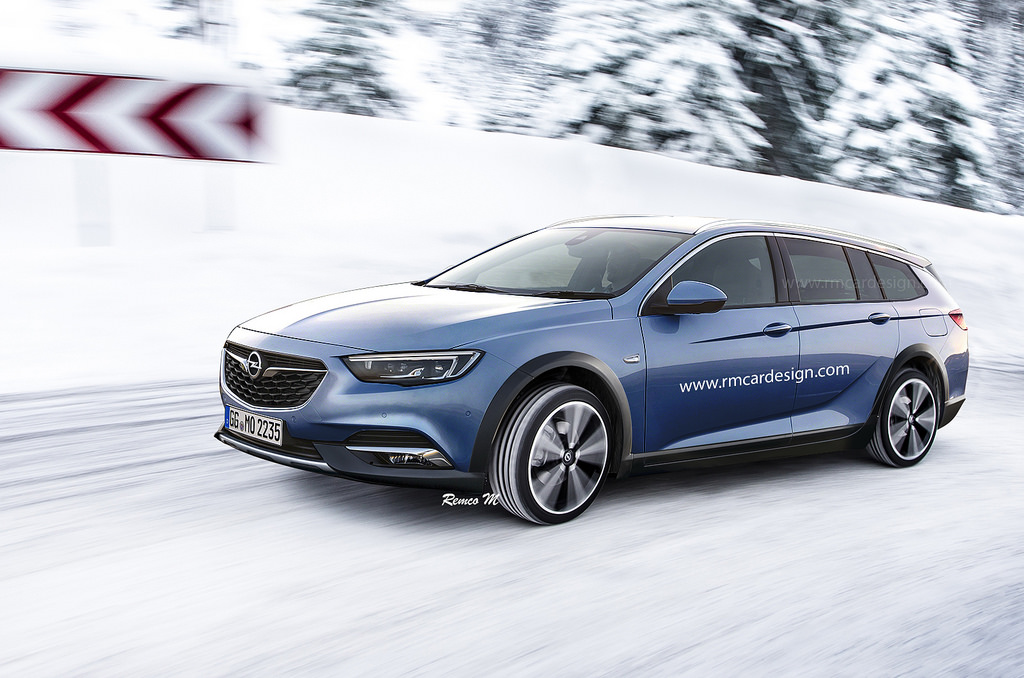