Unveiled last week as the crossover successor of the Meriva, the all-new Crossland X has tried out an OPC suit, just for fun.

As envisioned here by XTomi, the body waves goodbye to the black plastic cladding and flashy chrome bits in the grille, while adding spoilers, larger rims that spin around bigger brakes, and lowered suspension.

It wouldn’t be a true of the range topping model without a more potent engine sitting under the hood, but being that it shares its underpinnings with the next Citroen C3 Picasso and Peugeot 2008, its two French twins would probably have to go down the same route, in order for the Crossland X to receive the manufacturer’s bundle of performance upgrades.

Peugeot have thought of offering a GTi-badged 2008, which would become a potent rival to the Nissan Juke Nismo, and the company could also introduce GT and GT Line versions of its entire range. However, Citroen doesn’t seem to have any plans of launching a hotter version of the next generation C3 Picasso. 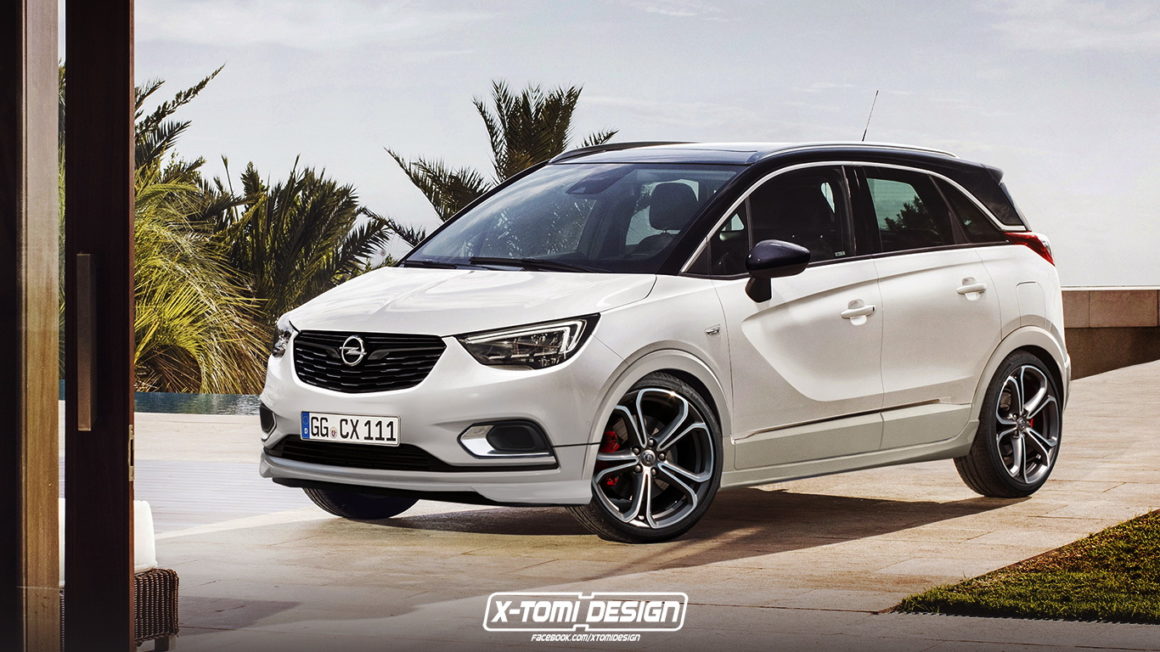