After a very successful 2022 rally season for Opel, preparations for the third season of the ADAC Opel e-Rally Cup are already in full swing.

The schedule of the first and so far only electric rally one-make cup worldwide will be upgraded again for the coming season. Instead of seven runs, as in the first two years, the 100 kW/136 hp Opel Corsa-e Rally will complete eight top-class rally events in four countries in 2023.

The ADAC Opel e-Rally Cup continues to be based on the German Rally Championship (DRM). The locally emission-free electric cars will kick off the season at the ADAC Rally Sulingen at the beginning of May and will also compete again at the ADAC Saarland-Pfalz Rally around St. Wendel and at the ADAC Rally Stemweder Berg in the Lübbecke area.

After the successful debuts of the past season, the customer sports racers from Rüsselsheim will also electrify the attractive rally events in Weiz (Austria) and Morzine at the foot of the Mont Blanc (France) in 2023. The ADAC Opel e-Rally Cup will also celebrate two exciting premieres at the Rally du Chablais around Aigle in western Switzerland and at the Rally du Vosges Grand-Est near Gérardmer in the French Vosges.

The last of the numerous calendar highlights has been saved for the finale of the ADAC Opel e-Rally Cup. When the FIA World Rally Championship causes a stir on the asphalt tracks in the border triangle of Germany/Austria/Czech Republic from October 27 to 29 as part of the new Central European Rally, the Cup teams will also pitch their tents in the service park in Passau with their battery-electric Corsa-e Rally cars, thus demonstrating the fascinating dynamics and innovative power of electric rallying within a large international setting.

“After an all-round successful rally year in 2022, we are already looking forward to an exciting third season of the ADAC Opel e-Rally Cup,” said Opel Motorsport Director Jörg Schrott. “The awareness for the first electric rally one-make cup worldwide has grown very noticeably, as has the interest from organisers at home and abroad in staging a competition round. We are very pleased about this since Opel is proving that electric rallying works.” 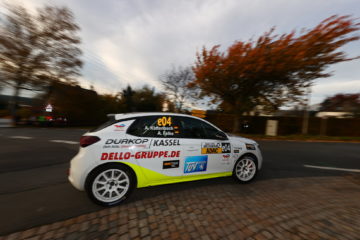 The Corsa-e Rally Starts in The Alps

The world's first electric rally one-make cup will be a guest at the Mont-Blanc Rally. Seven races in four nations with the German Rally Championship as a basis. 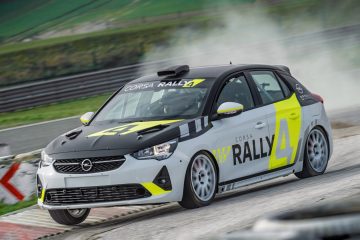 Full Speed Ahead with Corsa at ERC Round in Czech Republic

The Barum Czech Rally Zlín from August 27-29 is a twofold highlight of the 2021 rally season for Opel Motorsport. Not only will the world's first electric rally one-make cup, the ADAC Opel e-Rally Cup, present itself on the international stage at the Czech round of the ERC. 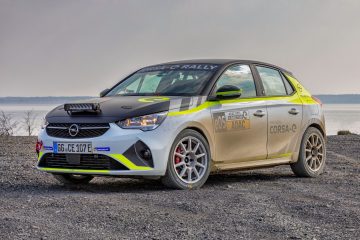