The BBC has drafted in some help from one of Top Gear’s most recognisable, albeit mysterious, drivers to help drum up interest ahead of the reformed show’s launch on Sunday 29 May.

The relaunch, which will feature Chris Evans and Matt LeBlanc as hosts, unveiled its first trailer over a month ago, and now the latest PR stunt for the show is placing a 30ft tall stig outside BBC Broadcasting House.

Top Gear shared news of the promotion on Twitter, saying: “They call him #BigStig”.

The all-new Top Gear has not been without its controversies, so far the team has been forced to apologies for filming around the London Whitehall Cenotaph and faced accusations of onset bullying. 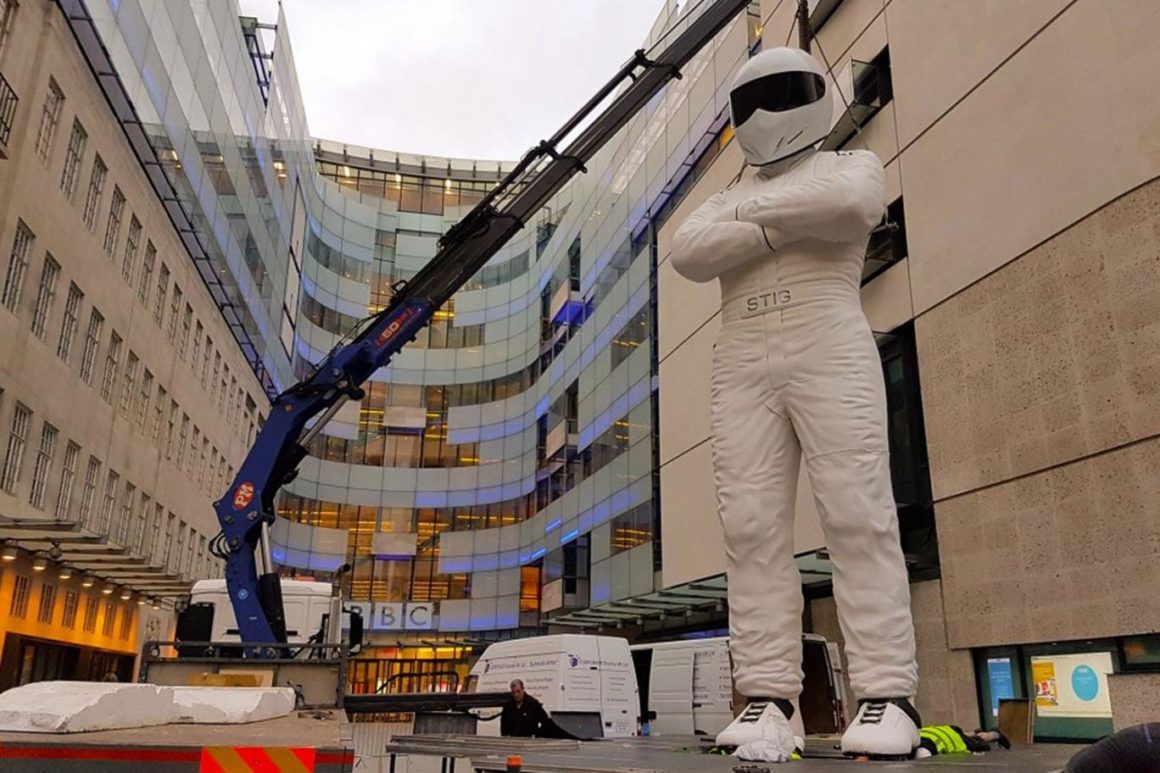 Towering: this massive statue of The Stig has been erected outside Broadcasting House Junaid Ahmed / BBC